Manchester City are a point ahead of Liverpool in the Premier League after Bernardo Silva and Leroy Sane downed Manchester United.

Second-half goals from Bernardo Silva and substitute Leroy Sane gave Manchester City a 2-0 derby triumph over Manchester United as Pep Guardiola's men edged back ahead of Liverpool in the Premier League title race.

Following a humiliating 4-0 defeat at Everton on Sunday, Ole Gunnar Solskjaer made five changes to the United XI and he was rewarded with an enterprising first-half display.

But PFA Player of the Year nominee Silva broke the deadlock in the 54th minute and Sane gave the off-colour David de Gea another moment to forget 12 minutes later.

City are a point ahead of Liverpool, knowing victories in their final three games will guarantee back-to-back titles and complete two-thirds of an unprecedented domestic treble. 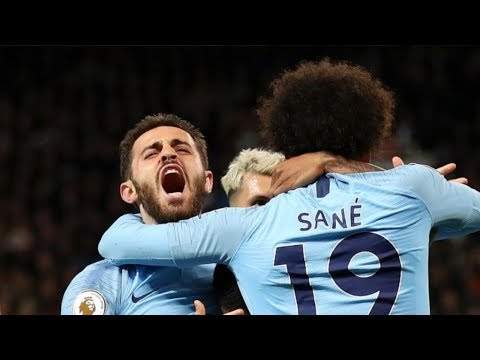